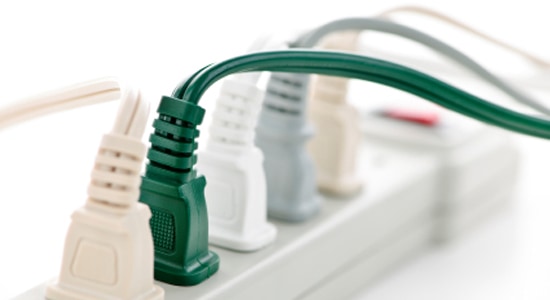 Don’t let sudden electrical surges zap your appliances and electronics. Allow the Anaheim surge protection experts at Best Electrical Company to equip your home with the proper surge protectors to ensure your home is safe from the damaging effects of power surges.

Surges are sudden and unexpected spikes in voltage that travel throughout your home’s electrical system. Some surges can come from within, such as a spike that hits when you turn on a washing machine or dryer, or even something as simple as sending a document from your computer to your printer. Other electrical surges come from outside your home, and these are often caused by electric utility switching, downed power poles, cut power lines, and lightning strikes in Orange County. Power surges can even enter through the television cable and telephone wiring installed throughout your home.

If lighting strikes your home or somewhere nearby, a surge may go through your home’s electrical system. Anything that is plugged in may then get “fried,” whether it is turned on or off. This is an unfortunate event that can be prevented by having surge protectors installed. Without proper surge protection, Orange County homeowners may end up having to pay out of pocket to replace expensive electrical appliances and equipment such as computers, televisions and more.

With over half a century of electrical service experience, you can rest assured that Excalibur has the knowledge and tools to take care of your surge protection and panel replacement needs. Our family owned and operated company takes pride in our work, and we strive to offer exceptional quality service to all our clients.

As a reliable Anaheim electrician, we take great pride in the fact that most of our business comes from repeat customers who have learned through experience that Excalibur is truly the pinnacle of electrical contracting. We are confident that our level of professionalism, expertise, and performance will exceed your expectations.

If you are looking for Panel Replacements & Surge Protection in Orange County & Inland Empire then please call Best Electric or complete our online request form.